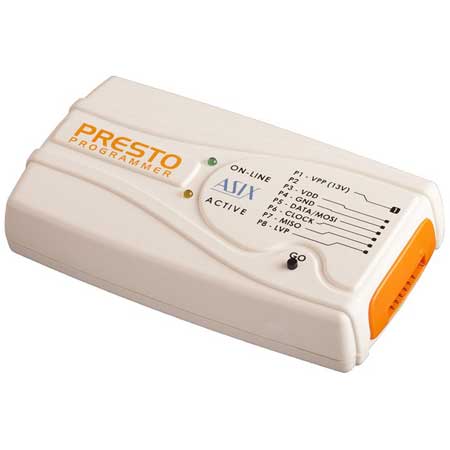 The software is very comprehensive but simple to use. Download Software v3.38 - 24MB

A board with a ZIF socket for use with this USB PIC ICSP Programmer is available.
Click for details about ISP to ZIF board

PRESTO DLL
A DLL is available for PRESTO to allow you to write your own interface. Please visit this link for more information in new tab.

Using PRESTO with Linux
PRESTO and FORTE can be used under Linux. For an overview and to download the software, see this link.

UP software, which supports both PRESTO and FORTE, is now shipped with Multi-UP program. This is a great piece of software for running up to 4 programmers from one PC, ideal for production.

Multi-UP makes it easy to configure each programmer to program a different target. 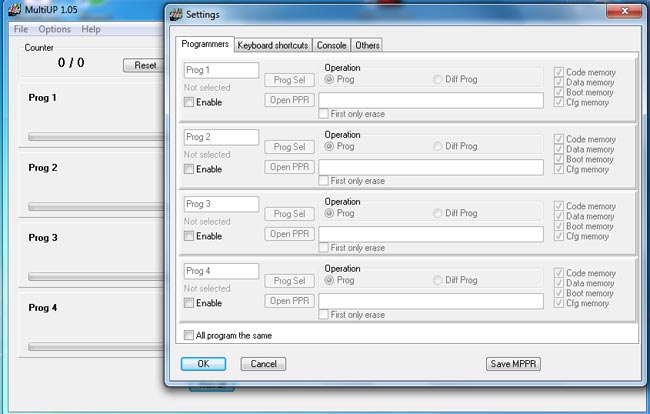 Create a project (PPR) in standard UP software for each target combination - device, filenames, fuses etc and save it. Just load this PPR into Multi-UP along with the programmer serial number and in no time you have up to 4 programmers ready to go.

MultiUP can also be used with just one programmer to give an easy programming tool for your production workers.

PRESTO is a good simple programmer but FORTE is faster, with better low voltage support and a much larger device support range, including ARM chips, STM8, HCS300, Dallas 1-wire devices and many more.

These open in a new window.