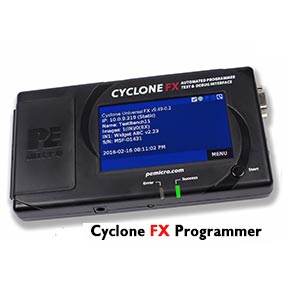 The Cyclone FX is PEmicro's most advanced in-circuit, stand-alone flash programmer which will in-circuit program, debug, and test MCU devices either in a stand-alone mode or controlled from a PC.

The FX offers a range of enhancements to the popular Cyclone LC programmer, including faster communication speed, more and expandable storage, additional security options, and more. Programming may be launched by a single button press without a host PC or automatically from a PC via the automated control SDK. The Cyclone may also be used as a debug probe during development. 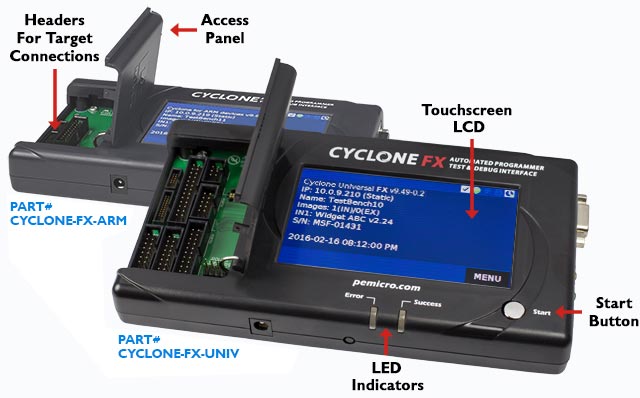 
Allows multiple SAP images to be added/removed/updated, allows programming to be launched on multiple cyclones, programming results to be recovered, dynamic data to be programmed along with the image's data, image management (add, delete, verify, etc), and more directly from the user's own application. Allows remote control and "touch" of Cyclone screen via GUI application. 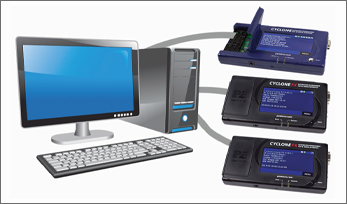 PROG programming software allows the user to in-circuit program flash program for both internal memory and external flash devices, via Cyclone, without needing an IDE. The command-line version, CPROG, is not included in these free packages. Details of these packages are listed in PE Micro ISP Packages that are normally charged for.

PEmicro provides several utilities to make the programming process versatile and manageable as well. The SAP Launch Utility may be invoked in a batch file to carry out pre-configured operations. The Barcode Test Generator utility facilitates creating a Barcode Test creates tests whether an input barcode meets the criterion that the user is looking for to be considered a match (exactly or range). The Serialize utility is a graphical utility for creating, testing, and updating serial number files.

Also available for free download is the GDB Server for ARM Devices, when paired with PEmicro hardware, extends the GNU debugger so that it allows for remote debugging of any microcontroller target present on the user network.

As well as a programmer, Cyclone can act as a debug probe for software like NXP Codewarrior, MCUXpresso, Eclipse IDEs, Keil and IAR. If you have none of these, you can use PE Micro's ICD packages instead for source level debugging. These are not included free and you will need to purchase the appropriate ICD package for your device, see PE Micro ICD Software 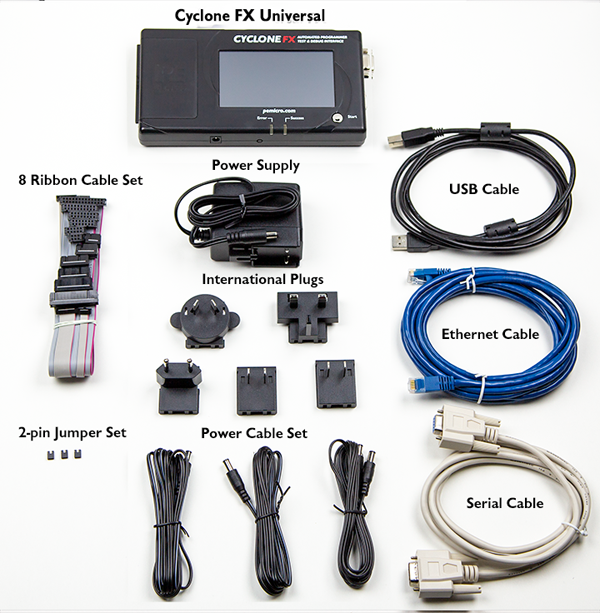