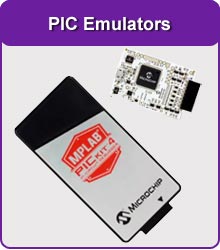 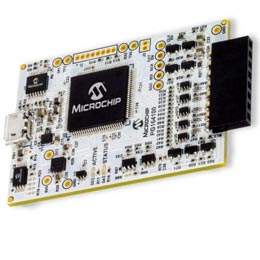 The MPLAB Snap connects to your computer via high-speed USB 2.0 interface and can be connected to the target via an 8-pin Single In-Line (SIL) connector. The connector uses two device I/O pins and the reset line to implement in-circuit debugging and In-Circuit Serial Programming (ICSPÂ®) programming capability. MPLAB Snap has all the speed and features entry-level users need to quickly debug their prototypes.

This is just the MPLAB Snap unit. You will need these as well