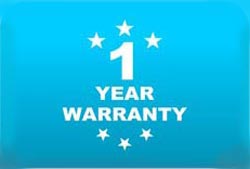 The extremely popular STK200 AVR Microcontroller Starter Kit from Kanda.com has been relaunched with a new AVR USB programmer and USB AVR DRAGON Emulator. These USB tools are also available separately for existing users - 50,000 - to upgrade.

Now Kanda.com have redesigned the STK200 kit with all new USB interfaces. With the standard STK200, you get a USB In System Programmer, which is easy to use on modern PCs. The programmer works directly from the AVR Studio development environment or can be used as a standalone PC programmer for small scale production. All the features that made the STK200 popular - simple setup, comprehensive but not complex development board, good software, sample code and the AVR training book have been retained.

There is also an advanced STK200 kit that uses the Atmel AVR Dragon emulator and programmer instead. This allows you to debug your code on the AVR as well as to program it. This kit is called STK200-DRAGON.

As well as updating the kit to the USB port, Kanda have also included a book on writing Embedded C for microcontrollers and linked the programmer and emulator into the AVR Studio Development Environment, so that projects can be written and debugged in C language.

The STK200 AVR starter kit is once again the obvious choice for AVR microcontroller development. The USB programmer and USB AVR Dragon emulator are both available separately, which gives some of the 50,000 existing customers an opportunity to give their kit a new lease of life.