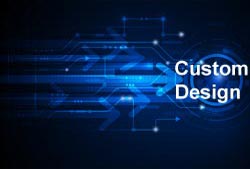 Handheld Programmer with just One Button

Kanda have added a PIC microcontroller version to this range of extremely simple handheld programmers. These programmers can power a target circuit and use a single button press to make programming as easy as possible, without needing a computer or even a power supply.

We now have a PIC microcontroller version of our handheld programmers. The range now includes Serial EEPROM, PIC and AVR microcontroller. These programmers are not like the complex portable programmers with lots of buttons and endless menu choices that confuse even the expert engineer.

The main feature is that they have one button and one LED. This means that they are simple to use, as you just plug them into a target circuit and press the button. A green LED means programming was successful and a red LED means try again.

Unlike its smaller brother, the Kanda key fob programmer, the Handheld Programmer can power a target circuit at 3.3 or 5V, either using the built-in PP3 battery or an external 9V supply. The target circuit can be powered or unpowered. Programming a PIC or updating the firmware in a target microcontroller can now be done without a computer or a power supply and just by pressing one button.

The settings are kept by the programmer even if the battery goes flat. As many targets can be programmed as required. The programmer is just connected to the PC using the USB loader and different files, PIC microcontroller and settings can be loaded for the next job, and so on as many times as needed.

The hand held programmer has been used on production lines with one programmer for every job. Each programmer can be fitted with a suitable label to eliminate any possibility of error by unskilled staff without constant supervision. It has also been used to update firmware in all sorts of locations including kitchens, laundries and literally in a field for fence controllers, again without needing an engineer with a laptop. The keyfob and handheld programmers provide an excellent alternative to computers on the production line and make it much easier for engineers or less well trained staff or even customers to do firmware updates without risk or mistakes.

We have now introduced an 8-way version as well. This can be loaded with up to eight different PIC microcontroller/file settings for different targets. It has an eight way rotary switch to select the different slots, then the button is pressed to update the target just like the single version.