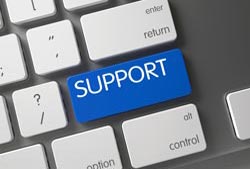 How do you make your AVR programmer four times faster?

Standard AVR In System Programming has used the serial programming method. Now Kanda have introduced a JTAG programmer for AVR microcontrollers that is four times as fast but comes in a robust case for production, with a simple user interface.

Once AVR and other microcontrollers were programmed in a ZIF socket using parallel programming. Then came in circuit programming using the In System Programming (ISP serial programming) protocol and interface. Now Atmel have provided a third interface using JTAG and Kanda have developed a programmer for it.

The main reason for Atmel adding a JTAG interface on the AVR microcontrollers was to improve In Circuit Emulation of the chips, using on-board emulation code. Atmel and Kanda have exploited this feature very effectively, using the brilliant AVR Studio software as an interface. So now low cost emulators are freely available for AVR, like AVR DRAGON, and are very effective for code debugging. For example, look at

Most developers are now happy using the JTAG protocol for debugging but tend to stick with the ISP interface for programming. This is mostly because production engineers obviously do not want to have to use AVR Studio and fragile ICE hardware on the production line. Now though, Kanda have a robust JTAG programmer that gives all the benefits of JTAG for the production line.

The JTAG interface is only available on newer ATmega devices with 40 pins or more, so older AVR devices, ATtiny and smaller ATmega chips, such as the Atmega8, are not supported by JTAG. This is why Kanda’s AVRUSB programmer has one software interface an a simple adapter to let you quickly swap from ISP to JTAG programming.

You can improve programming speeds by a factor of four on AVR microcontrollers with a JTAG interface, but still retain the ability to program other AVR devices without this interface. No major changes are needed to your setup - same software, same programmer, just connect a different adapter.