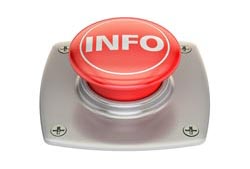 Kanda AVR handheld programmers are extremely popular because of their simplicity and ease of use. A new version has been released to support ATtiny TPI programming method.

For a long time, all AVR programming was done via 3 wire ISP interface, which Kanda handheld programmers obviously supported. Larger devices, with 40-pins or more, then added JTAG programming method using the 4-wire JTAG bus. Kanda programmers quickly included support for this at no extra cost apart from a low cost JTAG adapter.

16-bit AVR microcontrollers, the ATxmega series, use a different programming protocol called PDI, although some also support JTAG programming. As these ATxmega devices often have larger memories, Kanda introduced a new version of the handheld with a larger memory.

This version supports AVR and ATxmega microcontrollers, using ISP, JTAG or PDI programming. Both the single and 8 slot versions are available as ATxmega type - AVR plus ATxmega Handheld Programmers.

Atmel then introduced the TPI interface for smaller ATtiny devices. This is a simplified version of PDI interface. Only about 20 chips use this protocol but Kanda have added it to both standard AVR and ATxmega/AVR programmers.

Since Microchip have taken over Atmel, the preferred programming method for new devices seems to be UPDI. This is a one wire version of ATxmega PDI interface.

Kanda are currently adding support for this UPDI interface and it will be available for ALL our AVR handhelds as a free software upgrade. All you will need to get is an inexpensive UPDI adapter.

As well as being robust and remarkably easy to use, Kanda AVR programmers keep up with the technology. This means that you can purchase them knowing that they will not become obsolete in the future as Kanda keep working on them for you.