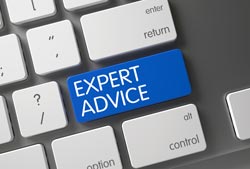 Kanda have added a new PIC Kit to their training range. This PIC Kit supports PIC16F and PIC18F devices, and includes a programmer/debugger and a development board for 8,14,20, 28 and 40-pin PIC microcontrollers. Learn PIC programming using the included book, sample code, MPLAB and full documentation, including Assembler and C programming.

Kanda have added a new PIC kit to their training range. Unlike other PIC kits on the market, the Kanda kit is designed to teach PIC programming from scratch. Understanding microcontrollers and how to program them for use in your own projects is a vital skill in today’s electronic world. IBM and other hardware giants are trying to encourage the uptake of programming skills in schools, and this Kanda PIC Kit meets that aim.

The kit uses a book that is closely integrated with the hardware and software supplied to make learning about PIC microcontrollers as easy as possible. It assumes very little prior knowledge and starts with basic concepts like number systems and logic. It then moves on to the PIC microcontroller, assembly language programming and ends with the introduction of C language.

There are a whole series of code examples, which are fully explained, covering simple topics like switch reading and outputs, to Analog to Digital Conversion, 7-segment displays, LCDs and keypads. This gives all the skills needed to create your own projects from robots to complete instruments.

The Kanda PIC Kit uses Microchip’s MPLAB development software and PICkit2 programmer and Debugger, which are covered in depth, so that you can learn about them easily when required, without having to jump into the deep end.

The debugger and programmer connect to the Kanda PIC board, which is a comprehensive development board for both PIC16F series and PIC18F family of PIC microcontrollers. This allows you to single step through your code, in assembly or C language, to find the bugs.

The board itself has support for 8, 14, 20, 28 and 40 pin PIC microcontrollers and the kit is supplied with both a 40-pin PIC16F887 and a PIC18F4221 device. It has switches, LEDs, ADC, EEPROM socket and UART built–in and the PIC Kit comes with a LCD module and a keypad, which are demonstrated in the book.

The PIC Kit has been developed for any one who wants to lean about PIC microcontrollers, or teach them. Everything you need for PIC training is included in the package, which provides the best way of learning PIC. It also gives a excellent platform for further PIC development as you move on to your own projects.